Electric battery powered chainsaws and gas chainsaws are both great options for your cutting needs. It will depend on the job you need done to determine which one is better for you. We will break down both options and show you what they each do well, and not so well.

Should You Get A Gas Or Electric Chainsaw?

If you want a powerful chainsaw for large jobs, the gas chainsaw is the better option. It comes with a stronger engine equipped to slice through thicker items faster. It can get more work done, and it tends to be more durable in the workplace.

An electric chainsaw can limit what you can do if you have large projects. It’s not as strong and the blade isn’t quite as powerful. You won’t be able to get through hardcore branches, and the system won’t last as long as the gas-powered options. However, if you are just looking for a chainsaw that will handle day to day needs of your home, an electric chainsaw will handle most things it is asked to do.

Below we break down all the pros and cons of each type of chainsaw to show you the strengths and weaknesses of each. This should help you decide which one you should get by comparing them to the needs you have at your home or business.

Below are some pros and cons of electric chainsaws. While I’m sure there are many more things that can be discussed here, these are the main points people point out who own these type of chainsaws.

Here are the pros and cons of gas powered chainsaws. Many people know quite a bit about gas chainsaws as they have been around forever, but this this is about how they compare to electric models.

Electric chainsaws are safer than gas-powered chainsaws. The absence of gasoline, as well as being lighter and easier to handle make electric chainsaws safer to own. Although there are still precautions you need to take, most experts agree that the electric option will provide better protection.

Why Are Electric Chainsaws Safer Than Gas Chainsaws?

There are plenty of reasons why electric chainsaws are safer than gas chainsaws. Let’s talk about a few of the reasons so you can determine if this chainsaw option is the best choice for you.

Electric chainsaws are safer than gas chainsaws because:

A user will have more control over an electric chainsaw than a gas chainsaw.

What Can Make Electric Chainsaws Dangerous?

Electric chainsaws are safer, but they can become dangerous. It’s critical to keep these in mind. Always keep your guard up with a chainsaw, no matter how safe it’s deemed to be. An electric chainsaw is still a blade in motion.

An electric chainsaw can be dangerous because of the following:

These can result in serious injury if not monitored.

Still, the electric chainsaw is safer than gas chainsaws most of the time. If you want an option that’s not as powerful and easier to handle, you should invest in an electric chainsaw. Keep in mind that you still need to be on your guard.

If you’re interested in an electric chainsaw, it can be tricky to select the best option from the many choices on the market. There are many excellent brands at a variety of price points. Let’s talk about a few of the best electric chainsaw options for any price point. You can make the best choice for your life.

Some of the best electric chainsaws on the market include the following: EGO Power+ CS1804 18-Inch 56V Cordless Chain Saw 5.0Ah Battery and Charger Included View Current Price View All EGO Power+ Tools
We earn a commission if you make a purchase, at no additional cost to you.
Our 2nd Pick Greenworks Pro 80V 18-Inch Cordless Chainsaw 2.0Ah Battery and Rapid Charger Included View Current Price View All Greenworks Tools
We earn a commission if you make a purchase, at no additional cost to you.
Our Budget Pick Greenworks G-MAX 40V 16-Inch Cordless Chainsaw, 4AH Battery and a Charger Included View Current Price View All Greenworks Tools
We earn a commission if you make a purchase, at no additional cost to you.

There are plenty of electric chainsaws on the market for a variety of tastes and budgets. You can scour the options and find one that looks best for you.

In the world of cutting equipment, electric chainsaws are less dangerous than gas-powered chainsaws. They’re lighter, have less kickback, and are easier to handle. Still, it’s critical to be aware of the danger chainsaws pose. Be on your guard when using them to prevent wounds from happening as you cut.

We hope this information was helpful! There’s a lot to consider when selecting a chainsaw for work in your yard. If you want a safer option, go with the electric chainsaw. If you need to get more done, the gas-powered choice is best. Only you can determine the ideal selection for your life.

If you are looking for a new electric chainsaw, or another electric yard tool, check out our Best Electric Yard Tool page to see what we recommend. 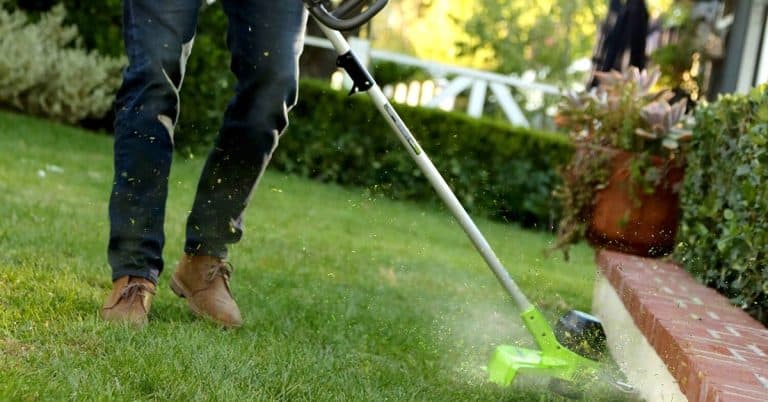 Whether you are upgrading or purchasing a weed trimmer for the first time, you are going to be faced with the option of choosing either a gas weed trimmer or an electric weed trimmer. To help you decide which type of trimmer best suits your needs, I have compiled some information about the pros and… 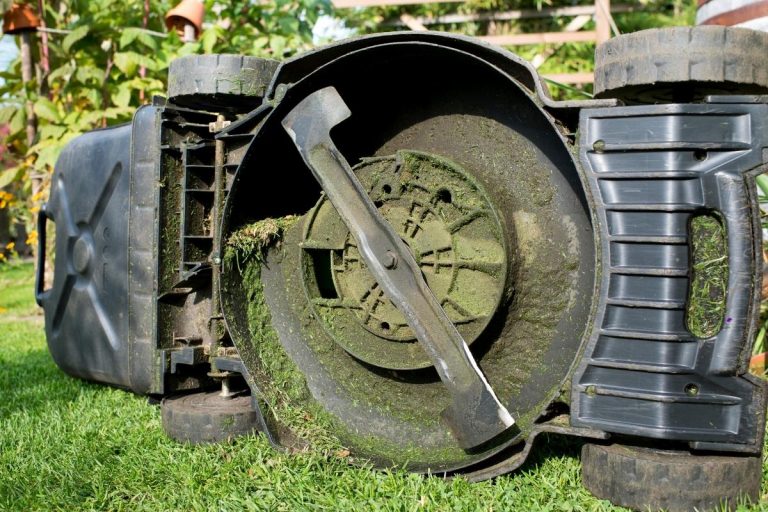 Cleaning your electric lawn mower is far different than cleaning a gas-powered mower. While it is easier to clean an electric mower without needing to worry about gas and oil spilling, there are still some important things to keep in mind. If you start throwing water around on your electric mower, you could be in… 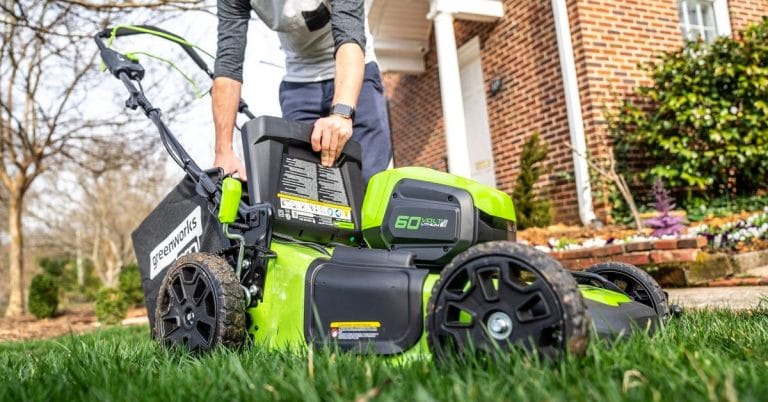 One of the many reasons people purchase electric lawn mowers is because they are very low maintenance when compared to gas lawn mowers. Here we will cover all the basics for caring for your new electric mower, and leave you prepared for your next afternoon of yard work. Below are three of the major areas… 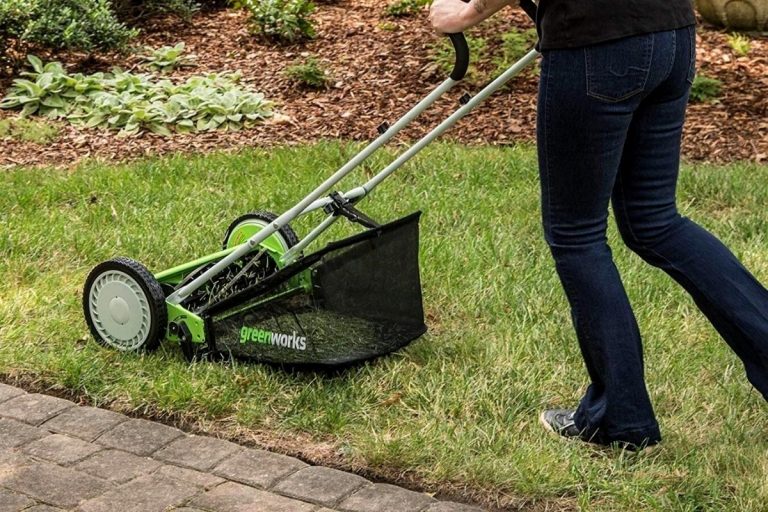 The first-ever lawn mower was a regular push mower, known as a reel mower. Not much has changed in the design other than it may have become more ergonomic. The blades work almost like scissors as they spin on a central axle which, in turn, makes the reel spin. This blade action creates an updraft… 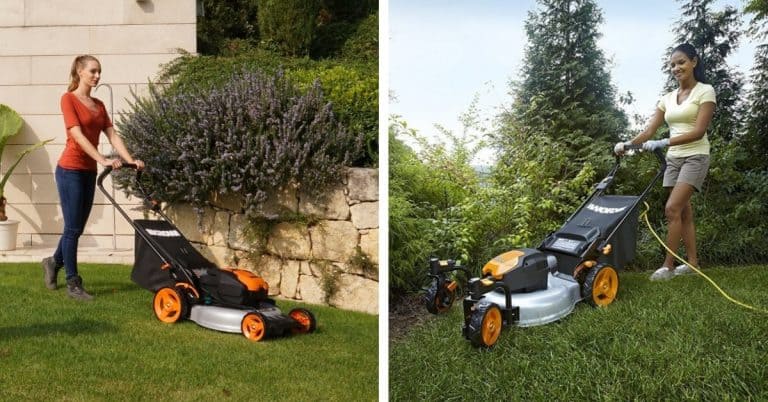 Lots of people are making the switch to electric mowers. Electric mowers are easier to maintain, more environmentally friendly, and much quieter than traditional mowers. If you’re thinking about getting an electric model, you may have noticed that there are two types: corded and cordless. What are the advantages of each one and which is… 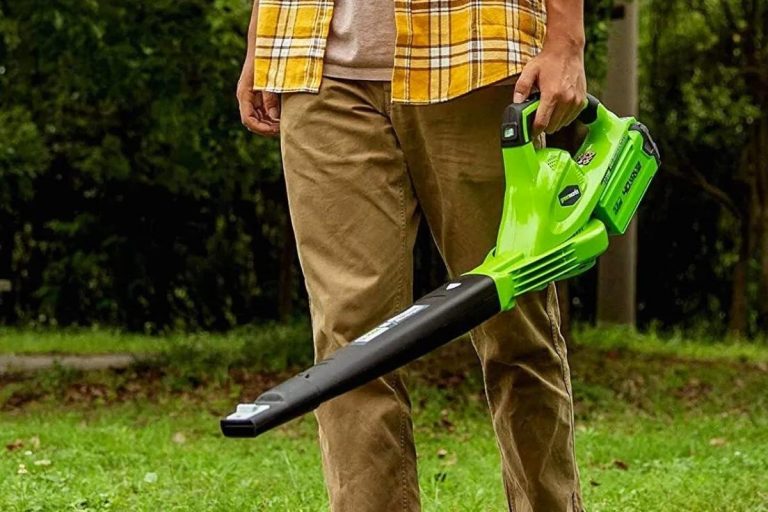 Electric leaf blowers can be a convenient tool for clearing your yard, gutters, and other dirty jobs around your property. However, it can be frustrating if you go to use your leaf blower and it keeps shutting off mid-operation. Before turning your blower over to a repair shop, you can troubleshoot the problem at home. … 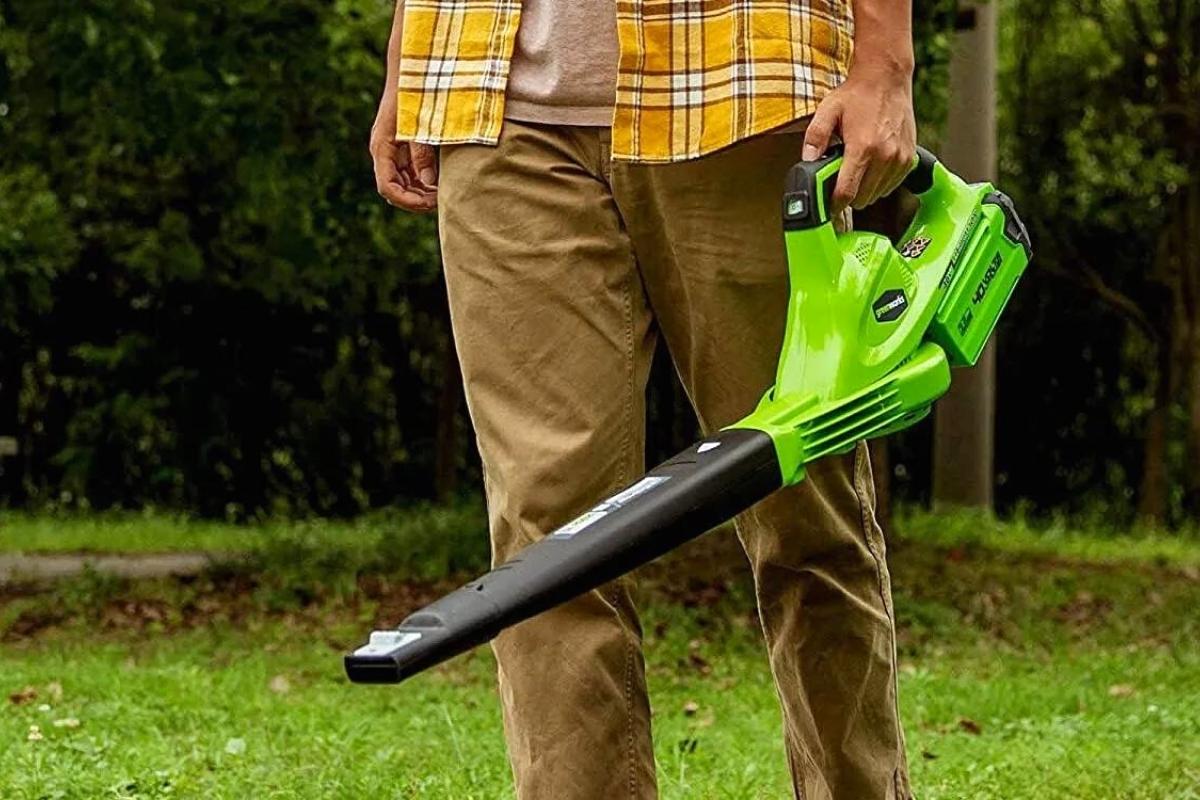 If your driveway is bogged down with a fresh drift of new-fallen snow, it is a serious hassle to find out that…